Susan credits Ashland for her running career, which began just over three years ago.  Having lived in town since 2000, she watched as friends ran the Boston Marathon and as the Ashland 5K and Half Marathon tradition began.  As someone who shied away from athletic competition, had never entered a race.  Finally, in the summer of 2013, she researched an online Couch to 5K program and started training on her own, at first just a minute at a time.  She ran the Ashland 5K in October that year and thought that would be the end of it. Then two years ago while volunteering for Kids Night Out at the Mindess School, she was talked into joining one of Ashland's running groups the next morning and has never looked back. Now a regular with Ashland's "Crazies" and others she has met along the way, Susan has enjoyed the support and camaraderie of many determined friends who care deeply about Ashland and all it has to offer.  She has now run some longer races but had yet to try a marathon. Given the special role Ashland plays in Susan's enjoyment of running - and of course our town's special spot in the Boston Marathon - it made perfect sense for her to set a goal of running down 135 on Marathon Monday while giving back to the town at the same time. She is excited - and scared - to have been selected through the Ashland lottery and is thrilled to be able to support the town of Ashland in this way.  Her daughter Emily is a freshman at Ashland High, and her son Daniel is in his final year at Mindess.  Both are active in town and school activities and know how much they and their friends benefit from fundraising efforts like these.  She thanks you in advance for giving and looks forward to running through town and beyond in April! 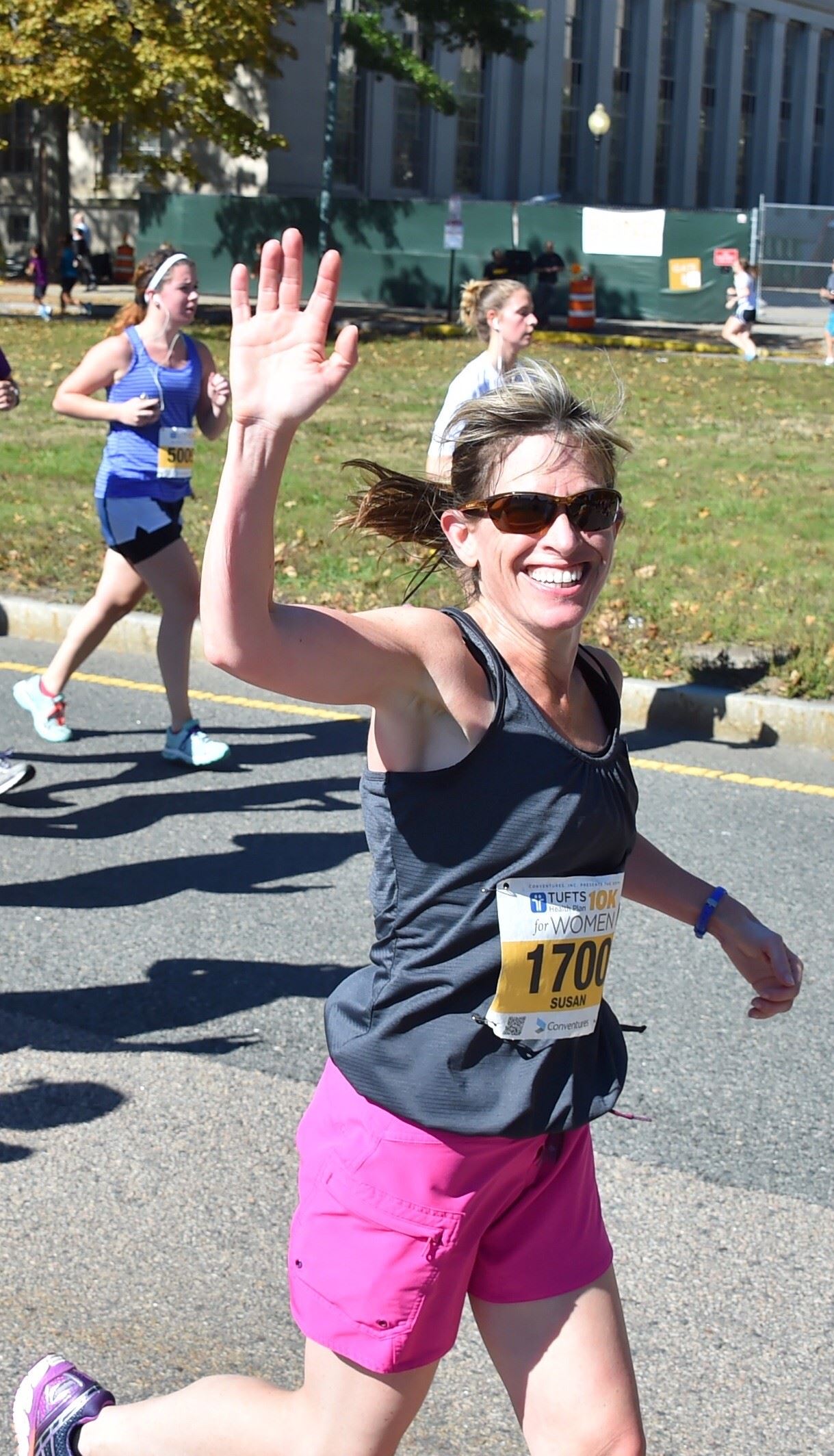